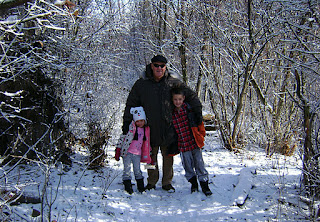 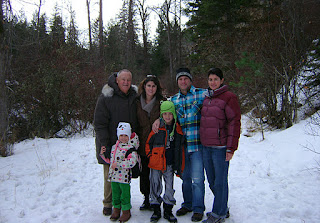 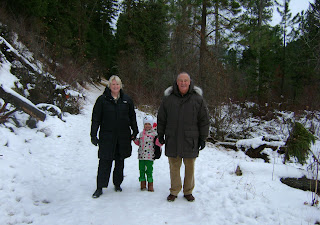 We had a great family Thanksgiving. Aunt Annie came up from Arizona, leaving a rather idyllic November climate for the winter of Montana. Grandpa & Grandma McVay came all the way from New Hampshire, and we had a great time. Lots of hikes, eating, drinking and board games. I guess that is Thanksgiving! We skied on Sunday for the first time this season, and Annie and Jake easily picked up where they left off. Hopefully we'll be going lots in the months to come!
Posted by carriesweatland at 2:59 PM 1 comment: 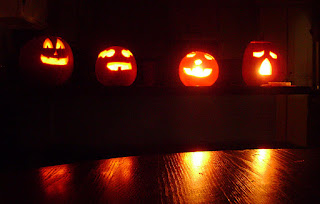 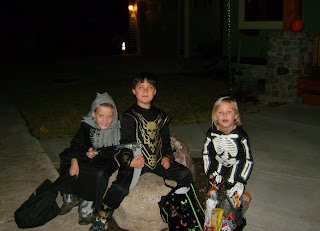 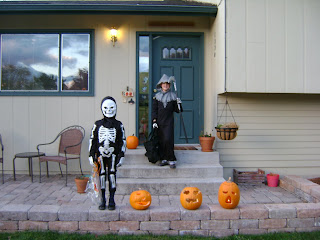 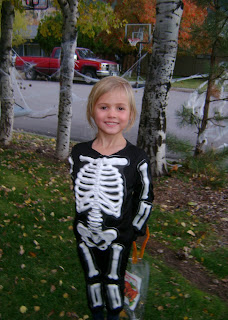 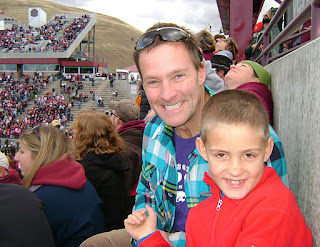 Here are some pictures from Halloween! It was a fun night and the kids got lots of candy. We went to the Day of the Dead parade downtown the next evening, and I was remiss not bring my camera. The 2nd graders made a block print and walked it in the parade. I thought the parade was more for college kids an

d would be scary, but it was much more of a community event. We also went to the University of Montana football game and got to see the Grizzlies stomp on their opponent. Before the game, they have skydivers land on the field; except this time, one got blown off course, hit a tree and slammed into the stadium. That was a bit hard for the kids to watch. The skydiver was flown to Seattle, and he is badly hurt, but living.
Posted by carriesweatland at 6:56 AM 1 comment: