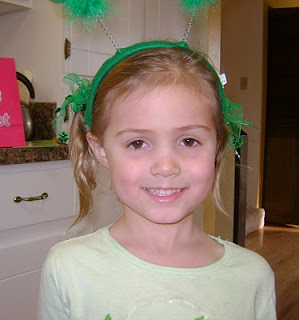 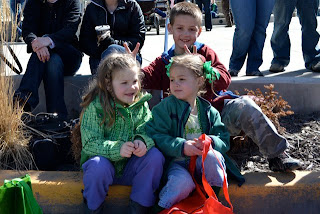 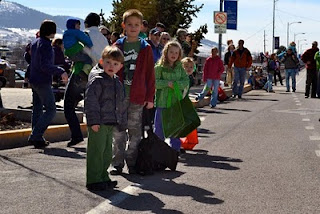 A bit late, but here are some pictures from St. Patrick's day parade. Grandpa John sent Annie some green leprechaun accessories, which she adored. She even got to wear them to school, which was perfect for Annie's attention-adoring personality. Thanks to Sunni for some of the pictures, since I've been a bit lax. Sunny spring weather comes and goes, only teasing us with what is hopefully to come. We've yet another week until Spring Break...
Posted by carriesweatland at 4:27 PM 2 comments: 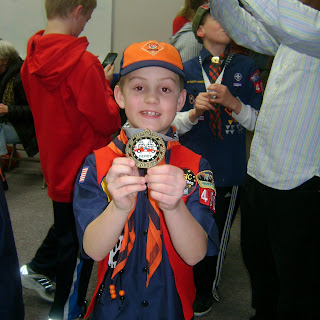 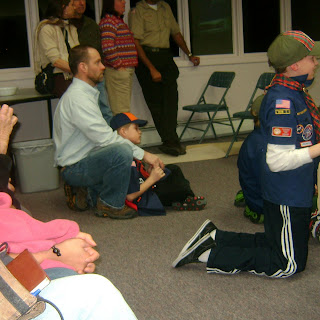 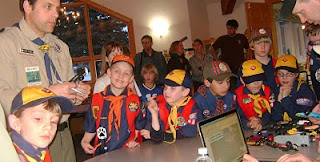 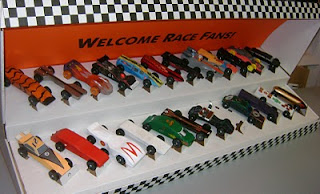 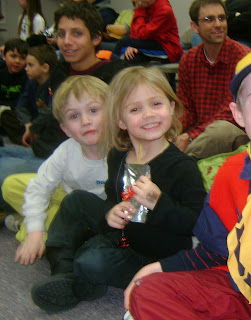 Jacob had a great Pinewood Derby event. He named his car Rhino, and painted it black with his initials and a white skull. If you look at picture with all the cars, his is on the top row, fourth from the left. In the overall standings, he landed exactly in the middle of the pack. However, in one of the heats, he came first. That's all the excitement he needed! The bottom pic is one of Annie and her classmate, Dimitri, who's older brother is a cub scout. A fun night, and Jacob is already excited for next year's race.
Posted by carriesweatland at 8:04 PM 1 comment: