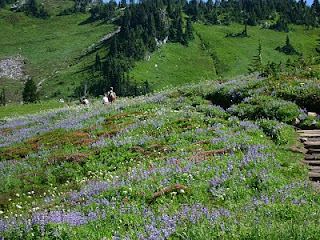 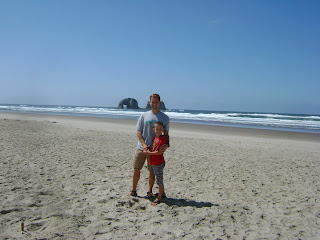 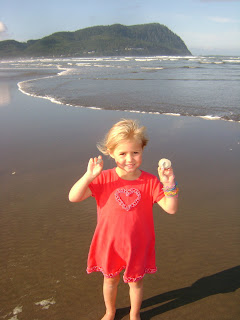 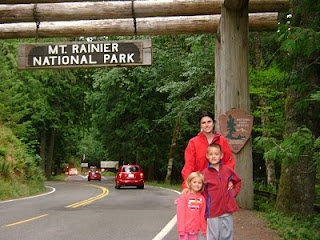 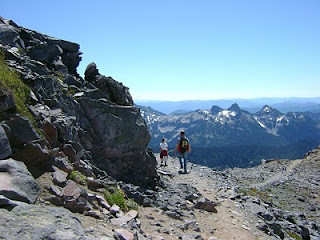 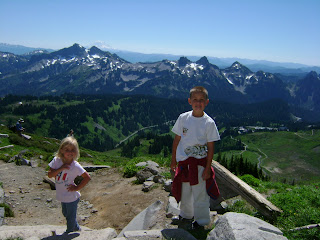 Our last vacation for the summer, and it was a fabulous one. We are exploring the Northwest, and we headed in another lollipop shaped road-trip. We started out after a half-day of work for Brian and drove to Richland, Washington for a stop over. I was a bit surprised at how flat, tree-less, agriculture, brown, hot and dry the south-eastern part of Washington state can be! Even though Richland sits on the banks of the Columbia River, a very wide river, it is only green for about 200 yards on either side. Then the ubiquitous brown takes hold. The next day we drove along the banks of the Columbia, following it through the Columbia River Gorge, and we watched as the brown rolling hills gave way to steep cliffs and green vegetation. The temperature also slowly dropped and overhead clouds filled the sky. We stopped at Hood River to try and have a coffee on the banks of the river, and watch the wind surfers. However, the wind proved too gusty, and so we trekked on through Portland and out to the sea.

The Oregon coast is spectacular. Wide sandy beaches, steep cliffs, rock formations, inlets and funky little towns along the way. It was a bit too chilly to get into the water, or stay in the water, which was also cold. That really didn't stop Jacob, as he liked to jump the waves, but it kept the rest of us just enjoying the sun, scenery and sand. There were no shells on the beach, only molted crab shells and sand dollars. We spent two nights in Seaside, and then went to Astoria, which sits at the mouth of Columbia and Young Rivers. We got to see freightliners roll by and saw some seals from the many piers. Mostly we just walked around the downtown and ate great seafood. Oh, we also visit Ft. Clapsop, a National Park Service site; we can't drive past one without stopping.

Next was Mt. Ranier, which was truly a jewel, and it was better than I expected. I packed bug-spray and was prepared for hikes through forests. We didn't need the bug spray, and most of our hikes were above the tree line. We got to see glaciers, wild-flowers and sweeping views, instead of forest paths. The kids have both turned a corner as far as hiking is conerned. Jacob told me I was too slow and kept a better pace than I did on our 5 mile, 1700-elevation gain hike. Annie actually did (most) the hike herself, eventhough she needed a little prodding and was a tad too pokey. We made it to the top of skyline trail, and got to walk past waterfalls, through snow fields and see Mt. Hood & Mt. St. Helens (what's left of it, that is.) I can't say enough how fun this was for us. We also got to see marmots (fat, grumpy looking things), a fox, deer, a grouse and chipmunks. And then, alas, we came home. School starts Monday
Posted by carriesweatland at 7:57 PM 1 comment: 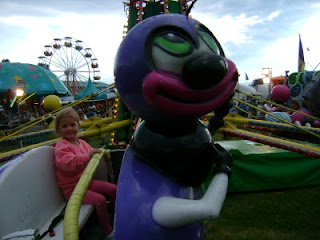 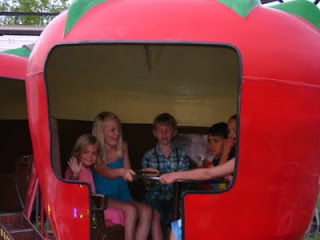 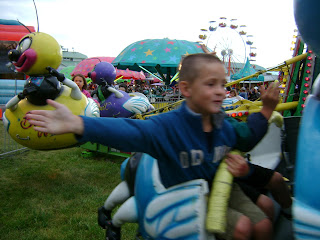 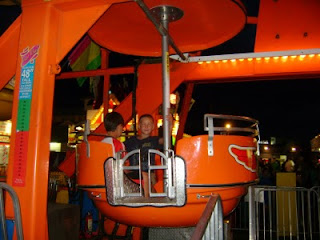 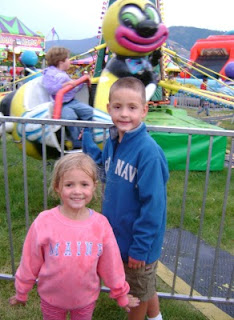 We went to the county fair yesterday. It was a typical county fair - cotton candy, games, animals, rides and crowds. It rained on us a bit, but it managed to thin out the crowds. Luckily, we were in line for the bumper cars, which is naturally sheltered from the showers. We stayed for over 5 hours and covered the entire fairgrounds. I noticed a much larger difference between Annie & Jacob. Jacob is veering towards the 'older', 'cooler' rides, while Annie possesses neither the height nor the will for them.
Posted by carriesweatland at 9:19 AM No comments: 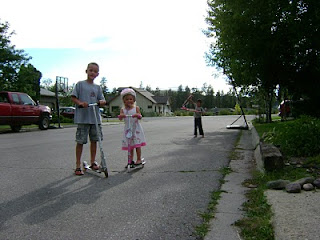 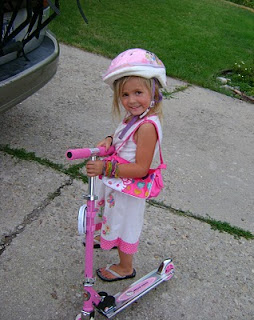 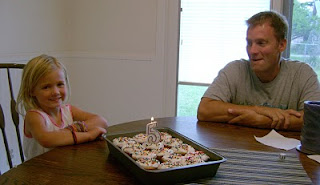 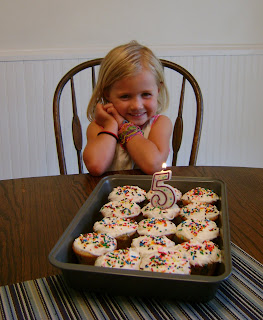 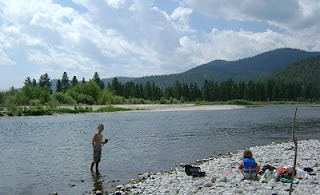 Annie's birthday isn't until Saturday, but we celebrated early as Brian left for Alaska this morning. She got some nice gifts - genuine thank you's are being sent out in the mail. 5 years old....going on 13. We're hoping to make it to the fair with our neighbors today, so I'll get some more pictures posted. The bottom picture is from fishing the Bitteroot, without any luck. A bit too warm to fish in the middle of the day, or so I'm told.
Posted by carriesweatland at 12:27 PM 1 comment: