OK, having some issues with Blogger, so here's hopefully some photos that you can blow up and see, unlike the last post we did. 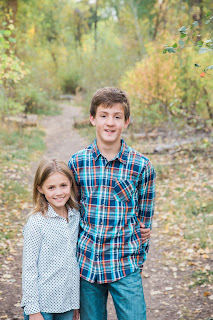 Ok, so far so good. Here's another of Jacob playing football. 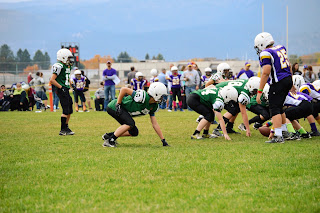 In the photo above, Jacob is on the end, getting ready to tee off on somebody. He had a great season. By the last game i developed a defensive role for him that we called the "Hammer." We randomly assigned guys on the other side as "nails" and let Jacob ruin their day. We ended up 4-2 on the season, but lost the first round of playoffs. We did have a stretch where we destroyed people, winning 12-0, 14-0, 35-0 and 39-0 while barely giving up a first down. The 35-0 game we gave up 1 first down to the other team, and the 39-0 game, they never moved the sticks on us. Coaching was much more fun than i could have imagined, and Jacob is already talking about next year (but ski season first!). 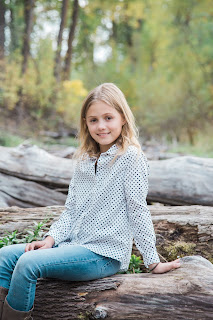 Annie is doing super skippers again, but no photos of her in action yet. Those will come later.


Posted by carriesweatland at 4:29 PM

Jake is so tall, we're in Colorado at Easter, how far would it be to come and see you?